Diagrammatic reasoning tests how well you can identify relationships and patterns in a series of objects. It is mainly about gaining insight, so we will minimize the explanation here and work out two examples.

Which figures should be on the question marks?

In this type of exercise, you have the starting figures on the left, a transformation is applied to that and then you get the end figures on the right. The middle section consists of five buttons that can be set to "on" (black) or "off" (white).

We now have to find out what the effect of the fourth button is. The fourth button is "on" in the third row, but it also has button 2 on. In the first row, we can see what button 1 does, so we look at it first. 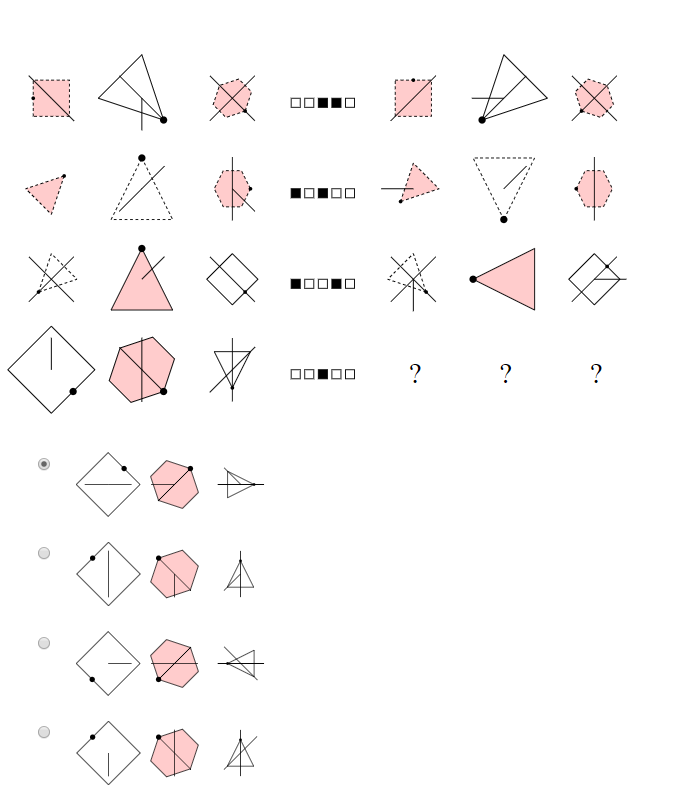 You see that a triangle changes to a quadrangle, a pentagon to a hexagon and a hexagon to a heptagon. This means that button 2 adds an angle to the figures.

Now we can look at the third row to see what effect button 4 has.

To find which figures should be on the question marks, we must, therefore, apply the following transformation to the figures on the left:

You see that the answer must be D (the bottom option).